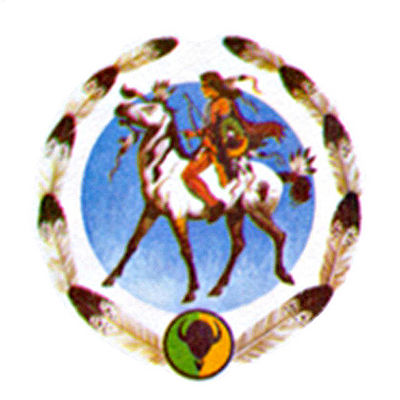 Native Americans believe the “Great Spirit”, what others think of as God, is in all living things, creatures and plants and they show great respect for everything in nature. Animal symbols represent their spirit guides. Native Americans revere animals. In the past, when hunting, they would ask permission of the animal they were hunting. They still give thanks to the animals they kill and use for their needs.

Following are some animal symbols and their meanings.

Eagles are symbols of the divine spirit, possessing courage and wisdom. Its power is protecting all things against evil. When it is seen in flight, it is taken as a sign of justice in battle.

The Spinning Lizard was a Navajo symbol also found in other tribes. This symbol can be seen in old southwestern tribal designs.

Found in most Native American Tribes, the Spider is a symbol of success working with one’s hands. The most popular colors for this symbol is red and black, often carved in wood and seen in pottery.

The Wolf mates for life and is therefore the symbol of loyalty and success. Wolves are considered the most loyal of all animals and were domesticated by the Plains Tribes. It is believed the domestic dog in America originated with these faithful companions.

Buffalo provided everything necessary for life to Native Americans. Food, clothing, shelter and tools were the Buffalo’s contribution, making it the most important and revered animal to the Tribes.

The Bear was the symbol of great strength and leadership. Each year, two men from the Blackfoot Tribe were selected to dress as Grizzly Bears to fight and then charge the enemy.

The Turtle is a symbol among most Native American Tribes. It represents long life, perseverance and strength. A legend tells that because the Turtle carried a piece of the old Earth on its back, the second people were born.

Frogs symbolized Spring, the season of renewal and fertility.

The Coyote is a powerful hunting symbol and is thought to be an omen of something unpleasant that will occur.

Turkeys are considered sources of food. Their feathers are used in many rituals.

Owls are thought to be the spirits of the departed by the Pueblos. Other tribes believe the Owl is a predictor of death.

Snakes are part of many healing and fertility rituals.

Can you add any other animal symbols?

The FlexPet Shelter Program, let’s shelters sell FlexPet and get a portion of the proceeds. You can sell FlexPet at your shelter, sell it online or both. We work with our shelters to set them up and help them with any materials they may need for selling and assist with technical support for setting up […]

Here are general articles about horses. Enjoy reading about famous people and the horses that shared the spotlight with them. Learn more about how horses think through books and practical advice. Alexander the Great and Bucephalus Black Jack Book Review: Life Lessons from a Ranch Horse Book Review: The Hearts of Horses Comanche – a […]