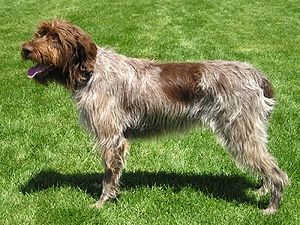 The Netherlands, or Holland, has a maritime climate which is cool in the summer and mild in the winter. This makes the country ideal for dairy farming and raising livestock. Some animals native to the Netherlands are the beech marten, the long-finned pilot whale, the
Netherland dwarf rabbit, as well as wild boar, elk and roe deer.

The last known European Beaver in the Netherlands was killed in 1826. In 1988 and 1994 European Beavers were reintroduced into the wild. The new beavers are doing very well; their numbers are increasing and they are spreading to other parts of the Netherlands. In 1999, the Dutch government captured all of the European Hamsters found in the wild and bred them. They were then reintroduced into the wild in special hamster reserves. Otters became extinct in the Netherlands in 1988, when the last one was killed by a car. The National Park De Weerribben reintroduced otters in 2002, and since then they have been reintroduced in other areas as well. The Atlantic Salmon was very common in the Netherlands in the seventeenth century, but disappeared when the rivers were tamed and closed by the Dutch to protect their land. The salmon could not reach their breeding ground in the rivers Rhine and Meuse. A reintroduction program resulted in salmon in the IJsselmeer and the river Rhine.

The White Stork, once very common in the country, was almost extinct at the end of the nineteenth century. A conservation program begun in 1967 has been successful in starting to bring this bird back. Another bird which became extinct in the Netherlands is the Little Egret. It disappeared in the nineteenth century, due to overhunting in order to use its feathers in hats. In 1979, this bird was first bred again in a nature reserve and its numbers are steadily increasing. A bird called the Baillon’s Crake was thought to have been extinct in the Netherlands since 1972, but in 2005 five territoria and two breeding pairs were discovered.

The Netherlands is the third largest producer of mink fur. The European Mink is considered an endangered species. The government of the country is working to implement a long-term plan for the closure of all mink farms.

Pig farming is a large industry in the Netherlands. Most of the pigs raised are exported to other countries for meat. New regulations are being put into effect gradually, which improve the welfare of the pigs on these farms. When the regulations are all in place in 2013, many experts predict that a lot of farms will go out of business due to the extra cost of complying with them.

There is a small political party in Holland called Party for the Animals. One of its main goals is to advocate for animal rights and animal welfare.

All dogs in the Netherlands are subject to a tax. The dog tax is charged annually and is calculated on the number of dogs in each household. A dog owner is required to declare his dog within 14 days of adopting it. Cats are not taxed. Licenses are not required for dogs or cats. Docking of a dog’s tail or ears has been banned since 2001 under Dutch law.

How did Members of Congress Vote on Animal Issues in 2009?

THE HUMANE SOCIETY LEGISLATIVE FUND publishes an annual Humane Scorecard to assess the support of federal legislators on a broad range of animal protection issues. This Scorecard provides an easy way to assess how each U.S. senator and representative has acted on these issues during the first year of the 111th Congress (which runs from […]