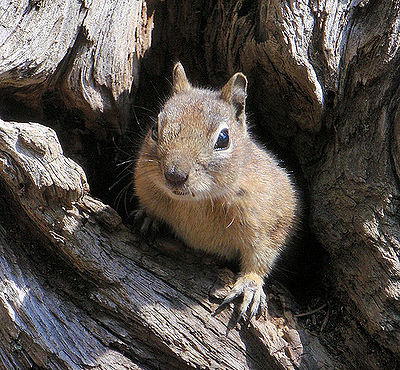 Norway is home to many wild animals. These include brown bears, squirrels, elks, lynx, hares and deer. The arctic regions of Norway are home to polar bears, arctic foxes and reindeer.

78 bird species, 44 fish species, 31 mammals and 5 reptiles are seriously endangered in Norway. The main culprit is land use such as forestry, agriculture, construction of houses and roads. In order to preserve these endangered species, Norway has set up protected reserves and legislated against certain activities which harm animals. It has also signed a number of international agreements on nature conservation, such as the Biological Diversity Convention, the Bern Convention, the Bonn Convention, CITES and the Ramsar Convention.

In 2002, the Norwegian government published a white paper on animal welfare. It stated that the goal of animal welfare efforts is to obtain healthy animals in good condition. The issues which need to be worked on to achieve this goal are: “Competent animal owners, freedom of information, consumer communication, appropriate legislation and influencing the international animal welfare framework.” The most recent legislation in Norway was The Animal Welfare Act of 2009.

Unfortunately, some of Norway’s more lucrative industries involve the killing of animals. There are approximately 600 fur farmers in the country, producing mostly fox and mink pelts. Farmed fish is Norway´s second biggest export product, with salmon being the most commonly exported fish. Norwegians also hunt small and big game, fish and marine animals such as whales and seals.

Some dog breeds are forbidden to be kept, bred or imported to Norway. These include Pit Bull Terrier, American Staffordshire Terrier, Fila Brasileiro, Toso Inu and Dogo Argentino. It is illegal to keep reptiles and amphibians, except for some special cases.

Pet ownership is very widespread in Japan. The Japanese keep dogs, cats, goldfish, tropical fish, turtles, ferrets and hamsters. The declining birth rate in Japan may be one reason that pets have become so popular. Many Japanese treat their pets as members of the family. Before the advent of dog food in Japan, Japanese dogs […]