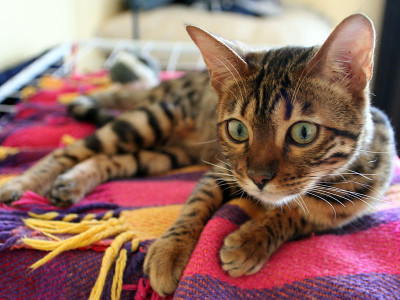 Pet ownership is very widespread in Japan. The Japanese keep dogs, cats, goldfish, tropical fish, turtles, ferrets and hamsters. The declining birth rate in Japan may be one reason that pets have become so popular. Many Japanese treat their pets as members of the family.

Before the advent of dog food in Japan, Japanese dogs had fairly short lifespans. Now many dogs are overweight due to overfeeding and lack of exercise.

Until recently, most apartment blocks banned pets. Due to popular demand, many complexes have begun to accept them. Pet-friendly apartments are quickly snatched up and often have waiting lists. Many apartment dwellers raise small animals, such as turtles and goldfish. Goldfish arrived in Japan from China in 1502, and goldfish raising is treated very seriously in the country. Goldfish scooping is a popular sport in breeding areas, where people compete to scoop up as many goldfish as possible with special small nets in a certain time, usually three minutes.

Carp farming is an ancient tradition in Japan and the Japanese are regarded as leaders in carp breeding. Koi is a species of huge carp prized for its longevity and beauty. They are categorized according to about 20 different patterns, with the red and white fish or tricolored with black spots being preferred by the Japanese.