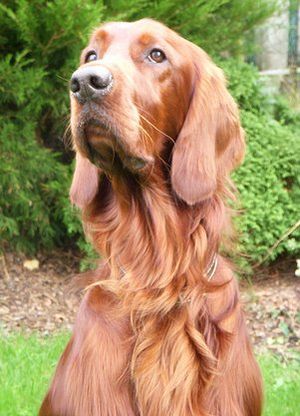 In ancient Ireland, cows were a symbol of wealth and were the standard of value for prices, wages, and marriage portions. Pigs were also commonly kept, by both rich and poor, as they could be fed by being turned out in the woods to eat whatever was available. Sheep were kept both for food and for their wool.

When Elizabeth I (1533–1603) hired French and Hessian soldiers to solve her problems with Ireland, they brought their dogs with them. They settled in the Wicklow Mountain area of Glen of Imaal where they bred their dogs with other terriers. The resulting dog, the Glen of Imaal Terrier, was used to hunt vermin and herd livestock.

The first animal rights legislation was passed in Ireland in 1635. This law prohibited pulling wool off sheep, and the attaching of ploughs to horses’ tails, referring to “the cruelty used to beasts.”

Thoroughbred horses were first developed in England and were embraced by the Irish. In addition to racing, they were used to pull carts, go to war and for fox hunting. Today, Ireland is the the third leading producers of thoroughbreds, behind America and Australia. The most prestigious horse race is the Irish Derby, which was started in 1866.