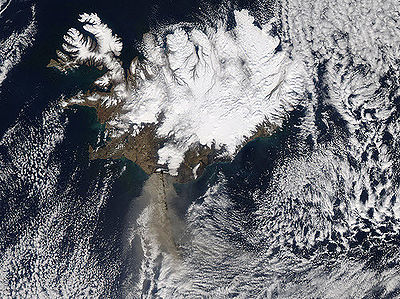 The volcano in Iceland put many animals at risk. Animals who inhale or ingest volcanic ash are at risk for fluoride poisoning. This could cause internal bleeding, long-term bone damage and teeth loss. This was a large concern for farmers of sheep, cattle and horses in southern Iceland.

Some horses panicked and ran away. They had to be rounded up and closed up in a barn, provided with hay and clean water until the ash dissipated.

Geese were also affected by the volcano. The ponds became heavy with mud and they were unable to fly because their wings were covered with ash.

In the aftermath of the volcano eruption in Iceland, the British Veterinary Association issued guidelines to pet owners concerning animal health after a volcano:

Bill Reilly, President of the British Veterinary Association, said, “Pet owners should limit the amount of time that they and their animals spend outside if they detect the ash and consult a vet if they have any concerns about the health of their pets.”

Video: How humans and animals are affected by the volcano ash

An Israeli social worker, Daphna Golan-Shemesh and an Israeli professional dog trainer, Yariv Ben Yosef, pooled their knowledge, the result of which is a trained guide dog for early onset Alzheimer’s patients. While sharing their expertise in their chosen fields, they decided to combine forces along with Daphna’s nurturing nature and Yariv’s energy. Daphna was […]

Difference between Vomiting and Regurgitation

It may not be a pleasant subject, but it’s important to know the difference between vomiting and regurgitation. Have you ever seen your pet begin to show signs of nausea such as salivating, licking lips, drooling? This is soon followed by contractions of the abdomen and up comes a mess. With regurgitation, there are no […]