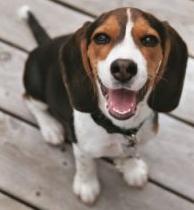 Animal Welfare Pets in the Military

About 2,700 dogs serve in the armed forces. In Iraq and Afghanistan, 29 dogs have been reported killed in action. Thanks to the efforts of paramedic Staff Sargeant Mark Joseloff of the Air National Guard, at least one dog was saved. Caring for a military dog that collapsed in 110 degree heat, Joseloff relied on […]

Importance of Separating Some Parrot Species

There are two categories of parrots. Old World species such as the cockatiel and the senegal are native to Asia, Africa and Australia. New World parrots including macaws, amazons and conures originated in Central and South America and Mexico. New World and Old World parrot species, in their native habitats, live in different environments. New […]