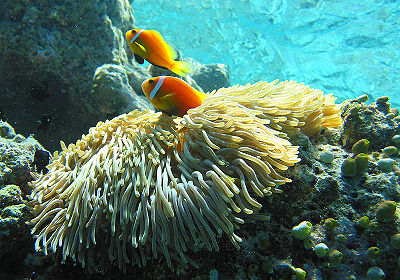 The Maldive Anemonefish is also known as the Blackfinned Anemonefish. It is a rusty, orange color with a single white stripe running vertically just behind the eye. It is found in Sri Lanka and the Maldives. This fish is appropriate for experienced aquarists and is fairly expensive, at $25-$50.

Females grow up to 4.3 in., males to about 3.2 in. Damselfish and Clownfish may be aggressive towards this fish. The tank should be 40 gal.

The Pink Skunk Anemonefish, or Pink Skunk Clownfish, is a fairly easy fish to keep. Being a hardy fish, it is ideal for beginners. It is bred in captivity and therefore readily available and inexpensive. It is native to the Eastern Indian Ocean to the Western Pacific Ocean. The males are 2.75 in., while the […]