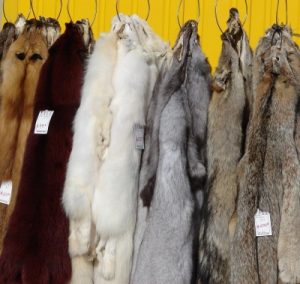 The Bald Eagle, a most majestic bird, is native to North America. Its habitat ranges in areas of rivers, lakes and seacoasts. The American Bald Eagle was removed from the Endangered and Threatened Wildlife and Plants list of the Interior Department in June of 2007. The Bald Eagle is still protected by the Migratory Bird […]

A Cool Summer for Ferrets

Ferrets are members of the weasel family (mustelids), a family of mammals that also includes badgers, martens, otters, polecats, minks and wolverines. Ferrets are extremely sensitive to the heat of summer. In the wild they are nocturnal animals and are adapted to cooler climates with temperatures not getting above 60-70 degrees. When temperatures are over […]

Livestock Guards are dogs that prevent predators from attacking their charges. These are usually large dogs able to fight off predators of any size. Although sometimes confused with herding dogs (also called sheepdogs), they protect the flock from outsiders, as opposed to sheepdogs who control the movements of the flock. Sheepdogs work with the shepherd, […]