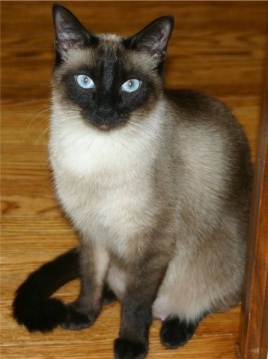 Thailand spans widely varying geological and climactic zones, in which over 10 percent of the world’s animals live. It
is home to more than 285 mammal species and 925 species of birds. Some of the animals native to Thailand are the
White-Handed Gibbon, Dusky langur (also known as the leaf monkey) and the Mudskipper (a fish that can also walk on land).

Endangered species in Thailand include the tiger, with only about 500 left in the country, as well as the Asian elephant and the Wild Water Buffalo. The critically endangered animals in Thailand are the Javan Rhinoceros, the Kouprey and the Sumatran Rhinoceros.

Thailand has fifteen designated reserved animal species, which are defined by the Wild Animal Reservation and Protection Act of BE 2535. It is prohibited by law to hunt, breed, possess or trade any of these species, except when done for scientific research, and breeding and possession by authorized public zoos.

In 1994, The Wild Animal Rescue Foundation of Thailand (WARF) established the Gibbon Rehabilitation Project. According to the organization’s website, its goals are to:

Thailand doesn’t currently have prevention of cruelty to animals and animal welfarelegislation. A bill which would make animal cruelty a crime has reached the last legislative stage but has not yet been made into law. This bill is being stalled by the current government and may need to go through the entire legislative process from scratch when a new government is voted in.

Pet ownership is on the rise in Thailand. Between 200o and 2007, pet ownership has risen by 52 percent. The dog care market is the biggest and most dynamic segment of Thailand’s pet care industry. Thailand is amongst the world’s top 10 countries with the highest pet dog population. Smaller households and an aging population are leading more people to consider their dogs as part of the family. Dog care, products, services and healthcare are all on the rise.

The Texas Parks and Wildlife Department was shooting burros located in the Big Bend Ranch State Park in an effort to decrease the burros’ impact on the resources and sites at the park. The good news is that the agency has agreed to suspend the policy of killing the burros. In cooperation with the TPWD, […]