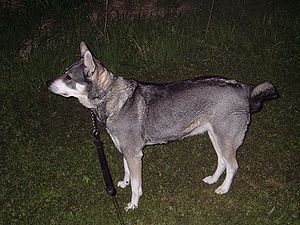 Sweden is home to wildlife such as the moose, roe deer, the wolf, the lynx, the bear, the wolverine and the red fox. Many birds make their home in the mountains or on the coastline of Sweden. The
kingfisher and the dipper are two special Swedish birds. Many birds of prey are almost extinct in the country, and all hunting of these birds is prohibited.

Sweden has some of the world’s toughest animal welfare laws. According to the Animal Welfare Act, it is forbidden to overexert animals and to beat them. It is also forbidden to tie them up in such a way that is painful for them.

Since 2008, Sweden’s Board of Agriculture regulates how dogs and cats must be treated by their owners. The guidelines include specifications for how often dogs and cats receive food and exercise, the size and design of their living quarters, as well as the quality of the air Swedish pets breathe. These clear guidelines make it easier to prosecute people for animal cruelty. The punishment for animal cruelty is usually a fine but can also include prison time and/or confiscation of animals.

Swedish pet owners consider their pets to be members of the family. As a result, there are no ownerless dogs in the country and almost no ownerless cats.

The pet industry consists of the sale of captive-bred animals as well as wild-caught ones. Many pets are bred by breeders but birds, fish and reptiles are often captured from the wild. There are a number of reasons to prefer captive-bred pets to wild-caught: In some cases, collection of animals from the wild is detrimental […]