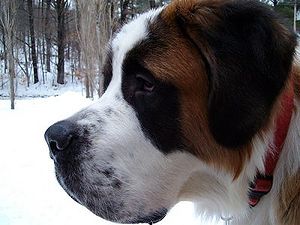 It is a little-known fact that there are seven Swiss dog breeds. The Schweizerische Kynologische Gesellschaft (SKG) (the Swiss equivalent of the Kennel Club) works to promote these breeds in Switzerland and abroad. In the 19th century, a Saint Bernard named Barry who lived in a monastery in the Alps, saved at least 40 people who were trapped in the snow.

Switzerland has some fairly strict animal welfare laws. Pigs, budgies, goldfish and other social animals can’t be kept alone; horses and cows must have regular exercise outside, and dog owners have to take training courses to learn how to care for their pets. In March 2010, Swiss voters vetoed a proposal by animal rights activists to introduce a system of state-funded lawyers to represent animals in court.

The Canadian TV show, “Top Chef Canada”, has aired an episode called “The French Feast” requiring chefs to create dishes using horse meat. We understand that in some cultures, eating horse meat is a delicacy. It can be found in many European restaurants and is sold in supermarkets in Quebec. Since the controversy over the […]

Germany has a long tradition for breeding dogs. The German Shepherd is the most famous dog bred in Germany although it is a latecomer, originating in 1899. Germany is also home to hedgehogs, groundhogs and squirrels, although these animals are not suitable as pets. In 1933, the Third Reich passed extensive laws for animal protection. […]