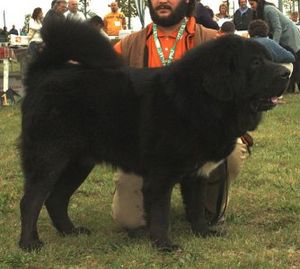 Since 1949, Tibet has been part of China, but was an independent country until then. Some of the wildlife found in Tibet includes Tibetan eagles, marmots, Himalayan mouse hares, foxes, and Himalayan ravens. Marmots, which are rodents which live in burrows, are the most common animal seen in Tibet. Himalayan mouse hares have been seen on the high slopes of Mt. Everest and are considered to be the highest living animal.

About 30 species of birds live in Tibet. Since Tibet is on a migratory route, more than 480 species have been sighted passing through. The lakes of Yamdrok-tso and Nam-tso are popular birdwatching locations.

Some of the endangered species found in Tibet are the snow leopard, ibex, musk deer, Tibetan antelope (chiru), Tibetan wild ass, black necked crane and wild yak. Some animals are killed for use of their body parts in Chinese medicines. Musk, bear’s paw and gall bladder, deer antlers and other animal parts are used in medicines. In 2006, the Dalai Lama spoke about protecting endangered species and his monks burned their fur-lined robes.

In 1993, French anthropologist Michel Peissel discovered a breed of domesticated horses in the remote Nangchen region of Tibet. These horses have huge hearts and lungs suited for life at high altitudes and are used for herding livestock and competing at races.

The Tibetan Mastiff was traditionally believe to be a holy animal. In China, owning this expensive breed of dog is a status symbol. As the breed becomes more popular amongst the Chinese, animal welfare activists worry that these dogs are being purchased to show their owner’s wealth but are not necessarily well-treated.

Nitro’s Law, H.B. 108, has been reintroduced to Ohio’s House of Representatives. Nitro’s Law amends an existing law protecting animal companions. It allows prosecutors, at their discretion, to charge kennel owners with a felony, bringing stronger penalties, instead of the present misdemeanor. Kennel owners will be charged for failing to provide basic necessities and/or inflicting […]