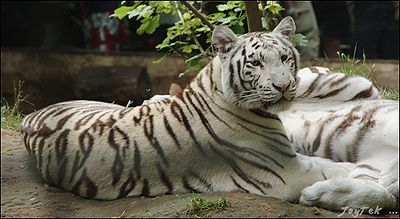 These days, zoos have to make difficult choices as to which species that are in danger of extinction they will help survive.

With the economy in trouble and with less room for zoos to house the increasing number of wild animals, zoo officials are forced to make these choices.

At one time zoo animals lived in small cages without benefit of their natural environment. Modern zoos build larger enclosures mirroring as closely as possible, each species natural habitat, enriching the lives of animals. Zoos have become more than mere entertainment attractions. They take the business of conservation very seriously. Breeding programs help zoos thrive as well as preserving species. The Endangered Species Act of 1973 has restricted imports of threatened animals even for zoos.

To be effective, zoo officials must devote their resources to those animals that are at a crucial point and at the same time have the best chance of survival. The International Union for Conservation of Nature estimates that within the next three generations, nearly one-fourth of all mammals will be extinct. The situation for amphibians and seabirds is even more dire.

Criteria for saving endangered animals includes what part they play in the ecology of the Earth, their level of endangerment and if they can be bred effectively.

While logic plays a role in choices made, moral and ethical issues weigh heavily on zoo officials as well.

Thank you to our friend, Michael Storch, for bringing this subject to our attention.

The question of whether horse-drawn carriages should be banned has been in the news lately. Glee star Lea Michele has recently starred in a PETA campaign supporting a ban. An announcement has been made that Prince William and his fiancee, Kate Middleton, will travel to their wedding by car instead of by carriage. Although the […]

PET BIRTH DEFECT AWARENESS DAY MBJungle Foundation has created a day of observance for pet birth defects. Pet Birth Defect Awareness Day was established in 2014 in order to bring awareness to identification, causes and prevention of pet birth defects as well as how these pets may be treated. This day of awareness was created […]