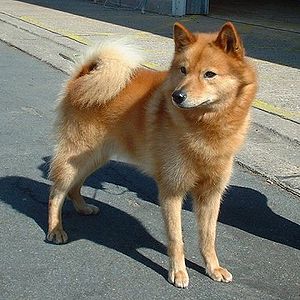 Finland claims to be the last wilderness in Europe. The country has large lakes and forests and a fairly small population relative to its size. There are at least sixty native mammal species, 248 breeding bird species, over seventy fish species and eleven reptile and frog species in Finland today. Finland’s cold climate is home to animals such as reindeer, arctic foxes, caribou and European minks.

The wolverine has been severely over hunted, since it is considered a danger to reindeer herds. As a result it is now endangered and on the Finnish Red List. The arctic fox is being hunted for its fur, and although it is not considered endangered, it is threatened. The European Mink population is also in decline, as a result of loss of habitat and competition with the American Mink, brought to Europe for fur farming in 1926.

In May 2010, the EU ordered Finland to do more to protect the world’s most endangered seal, the Saimaa ringed seal. Only about 260 of these seals still exist in the wild, and although the species has been officially protected in Finland since 1955, no real steps have been taken to protect it. The Saimaa ringed seal was almost wiped out in the 1950s by state-sponsored hunting. The biggest threat to these animals today is net-fishing, which is not illegal in their habitat, Lake Saimaa.

Finland is party to all five conventions of the Council of Europe on animal protection. The Ministry of Agriculture and Forestry has the overall responsibility for supervising the enforcement of national and EU legislation on animal welfare issues. The Finnish Food Safety Authority (Evira) controls the practical implementation of the legislation.

Experiments on animals are only permitted in Finland when there is no other way to obtain the same results. When experiments are carried out, they must use as few animals as possible and minimize their suffering. The Ministry of Agriculture and Forestry provides funding to support research to find alternative scientific methods to substitute for the use of animals in experiments. Finland also has restrictions on animal transportation for economic purposes or for competitions.

In Finland it is illegal to use predatory animals, primates, elephants, ostriches or seals in circuses. On the other hand, domestic animals such as cats, dogs and horses, are allowed to perform to the public at circuses.

Dogs and cats are commonly kept in Finland. Due to the cold weather, they often wear extra layers when going outdoors. Pet ownership is on the rise in the country. Professional or large-scale keeping of pets and hobby animals, any setting aside of fenced areas for game management and keeping game or other wild animals for production purposes all require a governmental license.

Most dogs have been bred to assist man at work, hunting, guarding, herding, transporting humans and their goods, as service dogs, companions – the list goes on. The nature of dogs is to please their humans and they respond to the tasks given to them eagerly. Sled dog breeds include Alaskan Malamutes, American and Siberian […]