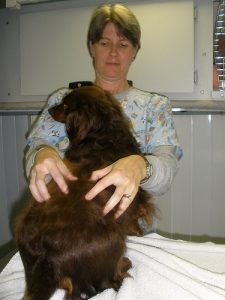 Narcoplexy and Cataplexy in Dogs and Cats

Narcoplexy and cataplexy are similar conditions, both are disorders of the nervous system. Narcoplexy episodes include excessive daytime sleeping, lack of energy, loss of consciousness. With cataplexy, there is no loss of consciousness but a sudden muscle paralysis. The pet is still alert and will follow any movement with the eyes. Both are spontaneous and […]

Dogs and cats have sleep patterns very similar to humans. They experience dreams, rapid eye movements (REM) and other aspects of human sleep. The difference is they sleep a lot more hours than we do. Dogs sleep about 14 hours a day. Large dogs such as Saint Bernards and Mastiffs are often referred to as […]

BUNCHER ALERT Release from Minnesota Animal Rescue I am writing to let you know that there is a LARGE group of bunchers working from the Hibbing-Virginia area down through Duluth-Mid Minnesota-mid Wisconsin . I have not only spoken with many people who have had their pets stolen from their fenced yards, taken off tie-outs, and […]