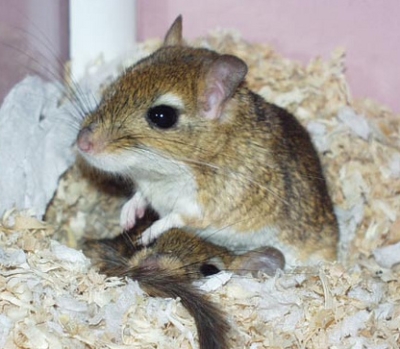 Before choosing an exotic rodent, do some research on the specific breed. Rodents which are new to the pet trade can be hard to tame and may not allow you to handle them. They can be expensive to buy and vet bills can be high so consult your budget first. Make sure there is a vet nearby who specializes in exotic rodents. It’s a good idea to speak to people who raise the species you are considering so there are no surprises. One way to do this is by participating in exotic rodent forums online.

The domestic Rabbit originated with the European Rabbit. The Rabbit’s natural habitats are Europe, Africa and parts of Asia. There are more than 45 breeds of Rabbits. Different breeds have different personalities and characteristics. A female rabbit is known as a doe and a male rabbit is a buck. For show purposes, rabbits are divided […]

Where are Flying Squirrels found? The Southern Flying Squirrel is a native of North America and can be found from Nova Scotia, along the eastern part of the United States and into Mexico. It’s not advisable to take a wild flying squirrel as a pet, best to find one from a breeder. Check the laws […]

Siberian Chipmunks can be found from Central Russia to China, Korea and Northern Japan. They have also been found in Eastern and Central Europe having escaped captivity. The Siberian Chipmunk is the only one of the genus outside of North America. Length is 18-25 cm., 2/3 of it body and 1/3 tail. Life span is […]