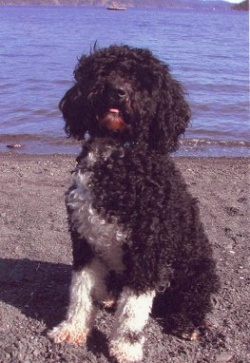 Some animals that live in Portugal are the wild goat, wild pig, fox, Iberian hare, wolf, lynx and deer. Portugal lies on the winter migration route of western and central European bird species, so many birds can be seen in the peninsula.

Since Portugal joined the EU, massive redevelopment with money from the EU has threatened wildlife in the country. The Iberian Lynx and the Mediterranean Monk Seal are two critically endangered species native to Portugal.

The Iberian Lynx suffers from a loss of prey. Its main prey, the European rabbit, has been decimated by a disease called myxomatosis. Additional factors which have made it one of the rarest mammals in the world are habitat loss (which affects both the lynx itself as well as its rabbit prey), illegal hunting, accidental killing by snares and poison baits set for other animals, and roadkill. A breeding center has been established for the Iberian Lynx in Silves. Initially, lynx were brought to the center from Spain, and since then a few lynx have been born in captivity.

The Meditteranean Monk Seal was hunted for its fur in the past, and now suffers from deliberate and accidental killings by fishermen, as well as habitat loss and disease. There are currently about 30 animals of this species living in Madeira, Portugal, with 400-500 animals worldwide.

Animal welfare legislation in Portugal forbids cruelty to animals, including whipping, abandonment, causing them pain for entertainment purposes (except hunting), and demanding efforts beyond the animal’s capabilities. One problem with this law is that no penalties are attached to it. Another problem is that it upholds some Portuguese traditions, such as bullfighting and horse racing.

Certain breeds of dogs are considered to be dangerous by the Portuguese government. Although they may be kept as pets, certain restrictions apply such as never leaving the dog alone in a public place, placing a sign on your property alerting others to the presence of the dog, and required training. These laws also apply to specific dogs who have previously attacked another animal or a human. The breeds subject to these regulations are:

It is illegal to keep a ferret as a pet, except for the purpose of hunting. The reason for this is to avoid cross-breeding with indigenous ferrets in the wild.