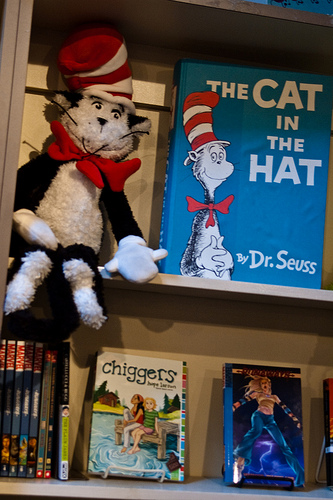 Animals have always had a central part in storytelling. Ancient storytellers who drew their stories on cave walls told stories about animals. Aesop’s Fables were composed around the 6th century BC and use animals as examples for human behavior. The ancient Egyptians and Greeks told stories about mythological animals and the Bible is full of animal symbolism. Native Indian cultures use animal stories to explain the mysteries of life and the universe. In the 17th and 18th centuries animal stories were used to criticize human behavior. Jonathan Swift is famous for this technique. As Darwin’s theory of evolution took hold and people began to understand the connection between animals and humans, literature focused on animal rights and the dangers modern technology pose to the animal kingdom.

Often, authors give animals the gift of speech in their stories. Sometimes this is done to entertain children who relate well to stories about animals. Animals in literature usually combine the basic characteristics of the animal with human behavior. This technique allows for satire, metaphor and just plain fun. Sometimes the animals interact with each other in human ways and sometimes they also interact with humans. Some animal stories feature animals who dress like humans or live in human houses. Other stories feature animals who act like animals in every way except for having the power of speech.

According to a recent survey, 36% of dog owners give their pets presents on their birthday, as do 20% of cat owners. Some pet owners even hold birthday parties for their pets. This can be especially fun for children who can be involved in the planning and running of the party. Since pet owners don’t […]