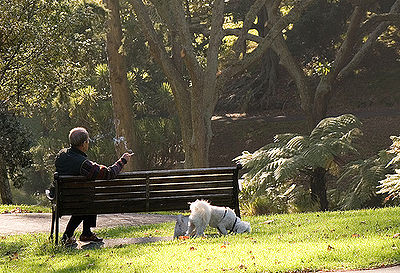 If you smoke at home, you could be putting your pets at risk for cancer.

A 2002 study showed that cats exposed to second-hand smoke were twice as likely to develop the disease. If they were exposed for five years or more, the risk tripled. Cats are at risk because the smoke clings to their long fur. Vets say that when cats are brought into their offices, they can tell if they come from a smoker’s home. Cats may develop feline lymphoma, a particularly deadly form of cancer, or an oral cancer called squamous cell carcinoma. Cats may also develop respiratory problems, lung inflammation, and
asthma.

The problem appears to be less acute for dogs since they have shorter fur, are washed more frequently and go outside more often. However, the risk of cancer still exists. A study published in the American Journal of Epidemiology found that dogs in smoking households had a 60 percent greater risk of lung cancer. They are also likely to develop an allergic reaction to the smoke, causing scratching, biting, and chewing of their skin.

Birds may develop eye problems and respiratory problems as a result of secondhand smoking. When a bird sits on a smoker’s hand, he may experience contact dermatitis from the nicotine on the smoker’s hand. This will cause him to pull out his feathers.

According to an online survey conducted by the Center for Health Promotion and Disease Prevention at the Henry Ford Health System in Detroit in 2009, more than one-quarter of the smokers said that knowing that smoking was bad for their pets would motivate them to give it up.

If you are thinking of declawing your cat, please take a moment to read this. Declawing your cat is not a simple procedure, it is major surgery. Declawing removes the last joint of the cat’s paw as well as the claw itself. Believe it or not, declawing is common only in the United States and […]