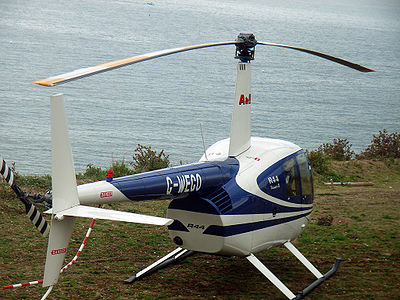 Amazingly, inventors and scientists have more often than not been inspired by studying animals and their habits. Many things we take for granted today we owe to these creatures. Artists and clothing designers have drawn inspiration by nature’s color schemes and designs. Here are some creations inspired by studying animals and that have benefited mankind.

The cheetah has extremely long tendons and ligaments and is the fastest moving animal. Taking this into account, Van L. Phillips, in the 1980s, designed the first flex foot leg prosthetic allowing more natural and freer movement. Phillips discovered that the Giant Pink Queens Conch was made of the mineral aragonite, a form of calcium carbonate that is 100 times stronger than prosthetic material used then. The flex foot allows amputees to take part in activities such as sports that would otherwise be denied them.

Andrew Parker, a zoologist at the University of Oxford in the United Kingdom, has studied the beetle known as Stenocara and its ability to capture water. The beetle lives in the Namib Desert in Africa, where temperatures can reach 140 degrees Fahrenheit, winds can be gale force and it rarely rains. Fog in the early morning passes over the desert only about 6 times a month. The beetle has an armor-like shell covered in bumps. The smooth peak of each bump attracts the water in the fog. When the drops become heavy, they roll down into the waxy troughs created by the bumps and run down through the channels into the beetles mouth. Parker believes that the beetles’ armor offers a model for roof tile to collect water in arid regions. The water would then be available for drinking, agriculture, etc. and could sustain life.

Hummingbirds are the smallest warm-blooded creatures on earth with wings that beat up to 200 times per second. They are able to nosedive with over 10 Gs of force, enough to make a human pilot black out. They also have the ability to hover in one place. These abilities gave humans new insight into aerodynamics and became the inspiration for the development of the helicopter.

Roadside reflector devices first came into use in the United Kingdom in 1933. Inventor Percy Shaw of Boothtown, Hlifax, West Yorkshire, England got his idea for the reflectors from advertising signs by Richard Murray of Herefordshire. Studies were conducted of cats’ eyes and their ability to reflect light. Appropriately named the cat’s eye reflector, they are now in use worldwide.

Kevlar and more and Spiders

The spider’s web was the inspiration for Kevlar body armor, nothing stronger at the moment protecting the military and police. Spiders can produce a waterproof, lightweight silk that’s even tougher than Kevlar and more elastic. At equal weights it is stronger than steel. Scientists continue to experiment to find a way to replicate spider silk for use in bulletproof fabrics, parachutes, suspension bridge cables, artificial ligaments and sutures.

Swimsuits are designed for different uses. Some are fashion statements and some are full body suits designed for thermal protection of the body. Some swimsuits are made with low resistance fabric for use in competitions. Beginning in 2000, efforts have been made to improve swimsuits for competition, reducing drag allowing competitors to pick up speed. Engineers have studied the skin of sea creatures, particularly sharks, in attempts to replicate their skin. The manufacturer Speedo, created a suit similar to the skin of the shark, improving speed in competition.

Elephants’ trunks have inspired a robot arm that is strong and flexible. Humans working with large, strong robots can accidentally be hurt by them. Festo, a German company working with robotics, has created an arm modeled after the elephant’s trunk. Its segments have resistance sensors helping to make it aware of touching people or objects. The arm has a gripper designed to use little force when grasping objects. The arm works as an extra pair of hands in a laboratory or operating room. The result of of this creation is a flexible, lightweight, strong arm humans can safely work with.

The nocturnal Helmut Gecko has extraordinary night vision, allowing it to see colors in the dark. Their eyes have distinct concentric (having a common center such as a circle) zones. The different refractive powers (bending of light rays) give geckos a multifocal eye system. Geckos eyes are 350 times more sensitive than humans and can focus on objects at different distances. Researching geckos’ eyes will help to develop better cameras and multi-focal contac lenses.

Scientists have been aware for years that bats, whales and dolphins navigate using sonar (echo location; SOund NAvigation and Ranging). They use sound for communication and prey and obstacle detection. Researching and using their knowledge, scientists began developing sonar for use in the military and shipping in the early 1900s. Dolphins particularly use highly sophisticated forms of sonar.

The Scientific American tells us that the secret lies in the moisture content of deer antlers. Research has shown that in early stages, deer antlers are moist. As the velvet covering wears off, moisture levels drop. During mating season when stags fight to win females, the antlers are quite dry. Testing the strength of the antlers, researchers discovered them to be able to withstand 6 times the force that broke a femur bone. The super strong antlers can help engineers and medical researchers develop better, stronger materials.

Humpback Whales have a design within their hearts that could help save humans suffering with heart disease. The whale pumps 6 bathtubs full of blood through its massive body, a circulation system 4500 times more complex than humans. Scientists discovered what they call “nano-sized wires” allowing electric signals to stimulate heartbeats even through the masses of blubber. These whale “wires” could save the patients the extra surgeries necessary to replace pacemaker batteries. The “wires” cost only a few cents to make and could replace pacemakers.

Velcro was invented by a Swiss engineer, George de Mestral in 1941. Interested in examining why burrs stuck to his dog’s fur, Mestral placed a burr under a microscope. He discovered that the burrs had tiny hooks connected to the end of each spine. The hooks would catch on to anything shaped like a loop – fur, clothing or hair. Mestral’s dog’s fur became the inspiration for velcro widely used today.

How do I keep my garden Pet-safe?

The first thing to do is clear your yard/garden of any material that is harmful to your pet if chewed or may injure your pet. Keep garbage and compost heaps away from any area your pet plays in. Rotted food can make your pet ill. Check the fence to make sure it is secure – […]

A torn toenail, while not life-threatening, can be extremely painful. Pets can catch their nails in fabric, carpeting and more. When they attempt to pull the nail free, it can be torn and bleed. Before attending to the nail, you might want to muzzle your dog or wrap your cat in a towel to prevent […]