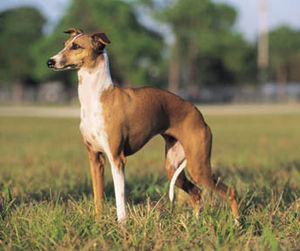 The ancient Romans enjoyed exotic animals and showed them off in the Colosseum. They enjoyed watching them perform tricks, being hunted and killed. Wolves, bears, wild boar, deer and goats were native to Rome and elephants, leopards, lions, ostriches and parrots were imported in the 1st Century B.C. They were followed by the hippopotamus, rhinoceros, camel and giraffe.

Elephants were especially popular in Rome. They were used for show, for building and for military purposes, and became a symbol of the power of the Roman Empire. In 46 B.C. Julius Caesar paraded with 40 trained elephants to celebrate his victory over Pompey.

Horses were used as farm animals, for chariot racing and for the military. Only one case of a horse being kept as a pet is known: the Emperor Caligula had a particularly spoiled pet horse called Incitatus.

Fish and birds were kept by the Romans as ornamental pets. Peacocks, parakeets and parrots were often kept in elaborate expensive cages. When they outlived their usefulness, these animals would often be eaten.

Today, Italy still allows animal entertainment and the Moira Orfei, for example, a world-renowned Italian circus, advertises acts with elephants, tigers and camels as well as horses and parrots.

The Real Story Behind Moby Dick

Moby Dick, the white whale of Herman Melville’s novel written in 1851, was actually modeled after a real live whale called Mocha Dick. Spotted often in the early 1800s, Mocha Dick’s home was the Pacific Ocean. He was usually seen near an island called Mocha off the coast of Southern Chile. Mocha Dick was a […]

On April 27, 2016, Congress, with bi-partisan support, named the American Bison as the official national mammal of the United States. Sadly, wild bison have been subject to cruel slaughter throughout the years decimating their numbers to near extinction. Conservation groups have been instrumental in helping to restore the bison to their native habitats. The […]