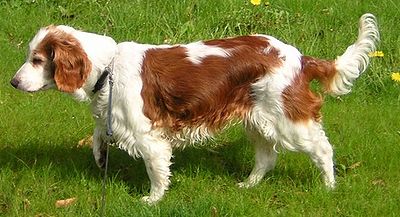 The cold climate of Wales means that the native animals are hardy creatures. They include sheep and cattle, wild goats, the Welsh Mountain Pony, and the puffin.

In 1934, the Duke of York gave Pembroke Welsh Corgi puppies to his daughters, Elizabeth, later to become Her Majesty Queen Elizabeth II, and Margaret Rose. Queen Elizabeth still keeps a pack of these dogs.

Under the Hunting Act 2004, it is illegal to hunt wild mammals with a dog in England and Wales. In March 2010, Wales became the first part of the UK to outlaw the use of electric shock collars to train cats and dogs. Every year, the annual Man versus Horse Marathon takes place in Llanwrtyd Wells, Powys, Wales.

Your Vote Counts – American Humane Association Hero Dog Awards Sgt. Combs and 9 year old German Shepherd K9 Maxx have been working together for the last 7 1/2 years. Sgt Combs spends more time with Maxx then he does with his family. Maxx goes wherever he goes including vacations when permitted. He has been […]