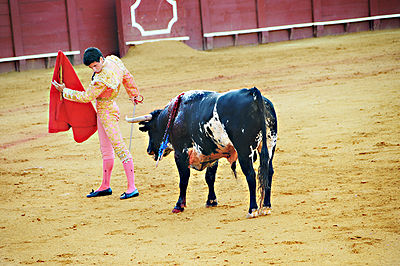 Spain contains several geographically diverse regions with different climates and terrain, so it has a great variety of wildlife. Birdwatching is a popular pastime amongst tourists and natives. 70% of Europe’s bird species either visit or breed in Spain. Rare birds of prey such as the black vulture and Eleonora’s falcon can be seen there.

The Brown Bear is endangered in Spain. At the beginning of the 20th century, there were over 1000 bears in the wild, but now only about 100 remain, despite wildlife conservation programs. The Iberian Lynx is also extremely endangered, with only 400 specimens in the wild. This animal is indigenous to Spain. Although Spain has the biggest and most varied bird population in Western Europe, 99 species are still threatened in some way, with 15 of them in critical danger. Loss of habitat, intensive agriculture and livestock farming are the main factors that threaten the birds. The hierro giant lizard, fresh water pearl mussel, predatory bush cricket and moorish tortoise are also endangered.

One of the biggest animal welfare issues in Spain is the long-standing tradition of bullfighting. Bullfighting is legal in the country, with the exception of the Canary Islands and Catalonia. Bulls which are being readied for a fight languish in pens that lack sunlight, food, and water and are commonly fed laxatives or drugs to debilitate them. The fights themselves are brutal and inhumane. Tourism and culture are two reasons why this practice continues. See more: Illegal Animal Fighting

All domestic pets must carry a Microchip ID and vaccinations are compulsory. Dogs are permitted on trains and pay half price. Certain breeds of dogs require registration, since they are considered potentially dangerous. Other regulations apply to these dogs as well.

Wild animals such as reptiles (alligators, crocodiles and poisonous snakes), any wild animal weighing over two kilograms, poisonous fish and mammals weighing over 10 Kg when adult, cannot be kept as pets.

The HSUS report on stronger action against horse soring. Posted: 05 Jun 2012 01:20 PM PDT In 2010, The HSUS and a broad coalition of horse industry and animal protection groups filed a legal petition with the U.S. Department of Agriculture documenting that soring practices are rampant in the industry as part of trainers’ and […]

Animal Welfare Pets in the Military

About 2,700 dogs serve in the armed forces. In Iraq and Afghanistan, 29 dogs have been reported killed in action. Thanks to the efforts of paramedic Staff Sargeant Mark Joseloff of the Air National Guard, at least one dog was saved. Caring for a military dog that collapsed in 110 degree heat, Joseloff relied on […]