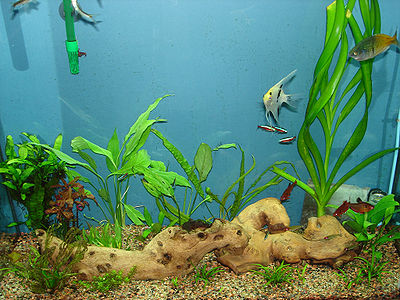 Two primary issues must be examined when discussing the morality of fishkeeping. The first is whether keeping fish is harmful to the environment. The second question is whether the fish themselves are deprived of happiness.

With regards to the first question, a distinction must be made between fish bred in captivity and fish collected from nature. When you purchase fish bred in captivity, this has no effect on nature. These fish are similar to other domesticated animals such as dogs, cats, pigs and chickens. Most freshwater fish are bred in captivity. Some of these fish are even being conserved as a result of the pet trade. Their natural habitats may be disappearing due to urban development and pollution, and the only way these endangered species will survive is in captivity.

Saltwater fish, however, are usually captured from the wild. If collecting of fish is done excessively or in an uncontrolled manner, there may be damage to ecosystems. Government organizations generally regulate the fish trade to prevent any species becoming in danger of extinction. Nonetheless, there are some aquarists who prefer to keep only fish bred in captivity.

The question of the fish’s happiness is dependent on how the fish is treated. A fish provided with food, enough swimming room and companions can be considered a happy fish. However, there is a concern that captive fish have a shorter lifespan than fish in the wild.

Hobbyists should be aware of these issues and be careful to treat their fish as humanely as possible, providing them with the most peaceful and enjoyable life possible.

In a previous Alert, we advised you that after passing in the House of Representatives, the bill to ban the sale of crush videos was going to the Senate. Another victory – the Senate unanimously passed H.R. 5566. It goes back to the House to act on the Senate version of the bill. Contact your […]