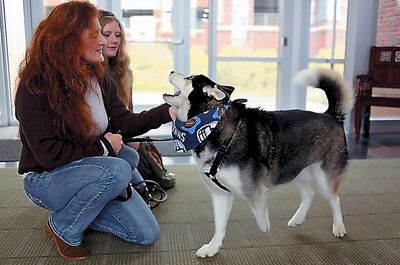 Here are some of the important events that took place in 2011. And you made it all happen with your support of animal rights. We’ve won many battles, but the war continues. Let’s all help make 2012 even better.

The Russian Federation of Khazakstan and Belarus have banned the import of seal products from Canada.

WUSA-TV, channel 9 in Washington D.C., recently aired a story about pet arthritis and natural options for helping our pets deal with the painful disease. They featured a local dog that is back on his feet after suffering from painful arthritis due to a natural arthritis relief supplement that is an alternative to aspirin for […]

The Humane Society of the United States and the United Egg Producers, the primary trade association for the egg industry, have reached an agreement to end barren battery cages (small, cramped cages that nearly immobilize the hens) for egg laying hens in America. All eggs sold will be labeled with information on the production practices […]

One form of animal abuse is illegal animal fighting. Animals are trained to fight in a ring and people make bets on the winner. These fights are extremely violent and also usually involve other criminal activities such as gambling, drugs, prostitution and illegal firearms. Children are often exposed to this violence and put to work […]