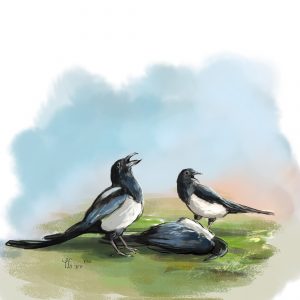 Pet Sit for the Military

Millions of pet owners serve in the military. When they are called up and deployed far from home, one of their major concerns is finding someone to care for their pets. Many military families have friends or family members willing to temporarily care for their pets. But some are not so fortunate and have no […]

Ringworm is really not a worm, it’s a fungus. Ringworm is a zoonotic meaning it spreads from animals to humans. Called dermatophytes, these fungi live in soil, some in humans and others in animals. Those found in animals are called ringworm. The ringworm found in animals is usually not itchy and less inflamed and reddish […]

Prep Your Pet for Spring!