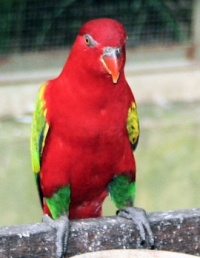 Conservation is the protection of natural areas and wild populations of plants and animals, including endangered species. Although much animal conservation focuses on wildlife, there are domesticated breeds suffering from the threat of extinction as well. Of course, pet lovers are generally concerned with the well-being of all living things.

Consider getting involved by donating to a conservation society, volunteering for an organization or at a nature reserve and educating others about the importance of conservation.

The articles below discuss general issues of conservation, as well as the status of animals in different places around the world. Conservation is a bigger concern in some places than in others. This is due to varying threats to animal life, as well as to the emphasis placed on this issue in different cultures.

This Guest post is written by Mandy Bular, she is a freelance writer. She has written a unique and very interesting article on various categories such as Travel, Lifestyle, Health and currently associated as a blogger with various industries.