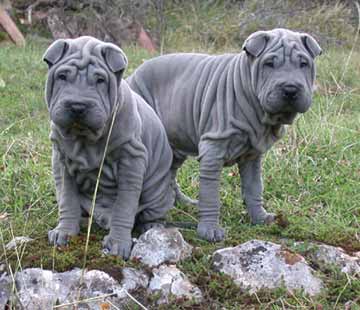 Traditionally, all animals in China have been considered as food sources and not as pets. During the Mao era it was considered decadent to own a pet. There was barely enough food for people, let alone for animals. In recent years, pet ownership has become popular, especially in the big cities where many people live alone. Along with this trend, many stray dogs and cats now populate the streets of the big cities, having been abandoned by their owners. A license is required to own a dog in China, but is not necessary in order to adopt a cat.

Bird singing contests are a form of entertainment in China. Some Chinese will pay large sums of money for rare birds and keep them in ornate cages. Monkeys are also popular pets. The Chinese are thought to have been the first goldfish breeders, creating the fish from carp around the year 960. Goldfish have been kept as pets in China since that date. Fish play an important rule in feng shui design.

The Chinese eat dogs, cats, rats, and almost every other animals. Zoos in China are abusive to animals, keeping them in small cramped cages, sedating them, and selling small animals so spectators can watch them being eaten by larger ones. Another animal welfare issue is the widespread use of rhinoceros horns for “medicinal” purposes. These horns are sold in China for very large sums, after the rhinos are illegally hunted in South Africa.

In response to these abuses, animal rights organizations, such as the Beijing Human and Animal Environmental Education Center, have been formed. In 2009, China passed its first animal protection law and is trying to curb the practice of feeding live animals to bigger ones at zoos, skinning animals alive in restaurants and for the fur trade.

Would you believe that there are at least 75 breeds of dogs that are either banned or regulated, from the small Pug to the giant Great Dane. The main so-called “bully” breeds are the Pitbull and the Rottweiler. <ads media=googleAds1 /> Breed Specific Legislation or BSL as it is known, bans or regulates some dog […]