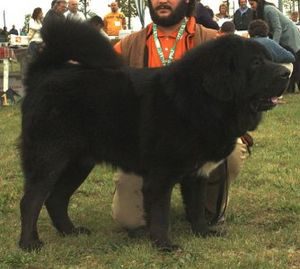 Bonding with Your Chinchilla

Chinchillas are social animals and in the wild they live together in what is called herds. As prey animals, they are very cautious and can be shy and frightened when faced with new situations. When bringing your chinchilla home, give him/her time to get used to the new surroundings. As they are so easily startled, […]

Winifred Gibson Strickland began competing in dog obedience trials in the early 1940s. Winifred was the first trainer to incorporate humane methods although she still used physical punishment in training. After winning numerous obedience competitions, she retired in 1955. Her book, Expert Obedience Training for Dogs, is still used by many in spite of some […]

The 138th Westminster Kennel Club Dog Show took place on February 10th and 11th this year. Held at Madison Square Garden in New York City, 190 dog breeds were represented and there were 2,845 contestants, the largest show since 1990. Dogs from all 50 states and 127 foreign countries were entered in the event. There […]