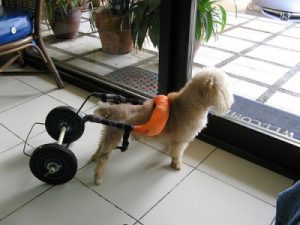 SSR or Sleeping Respiratory Rate is a valuable tool in assessing heart health in pets, particularly left side congestive heart failure (CHF). It is important to determine if CHF is present as medications are sometimes initially recommended for other cardiac diseases such as dilated cardiomyopathy, degenerative valve disease and hypertrophic cardiomyopathy. Measuring SSR is conducted […]