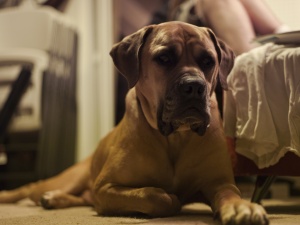 South Africa is home to many indigenous animals, including over 200 mammal species. South Africa is best known for the “Big Five”: elephant, lion, rhino, leopard and buffalo. South Africa is also home to cheetahs, hippos, giraffes, kudus, wildebeest and zebra. There are eight whale species in South African waters. The most commonly seen whale is the southern right whale. The great white shark is native to South Africa’s seas and the crocodile dwells in rivers, lakes and pools. Birdwatchers from around the world come to South Africa to experience the country’s great variety of typically African birds, migrants, and endemics.

The large cities in South Africa have laws regulating maximum number of pets allowed per household. High housing prices have caused many people to move to smaller houses and apartments. Combined with the laws limiting pet ownership, this has caused the pet population in South Africa to diminish.

South African farmers are using Anatolian Shepherd Dogs to protect their livestock from cheetahs and other wild animals. Conservation efforts have made cheetahs more common along the border with Botswana. In order to prevent farmers from harming the cheetahs, a conservation group called Cheetah Outreach donates the dogs to farmers. The dogs protect the livestock and the wildlife can roam free.

To Buy or Not – Free Range

The term, free range, refers to animals that are allowed to roam freely without being restrained. Chickens are sometimes referred to as cage-free. Eggs from free range chickens are included. Free range does not necessarily mean organic. The Organic Food Production Act of 1990 requires that an animal be fed pesticide-free and chemical-free organic food […]