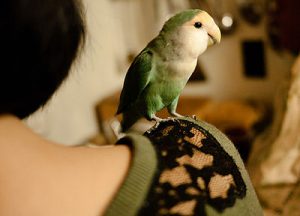 Damselfish Fish Fish 6 inches and under

The Yellow-tailed Blue Damselfish is a hardy fish found in the Tropical Pacific. The males are 2.75 in., while the females are slightly smaller. As a result of their hardiness, some people unfortunately use them to cycle a new tank, but this is cruel to the fish. A more humane way to cycle your saltwater […]