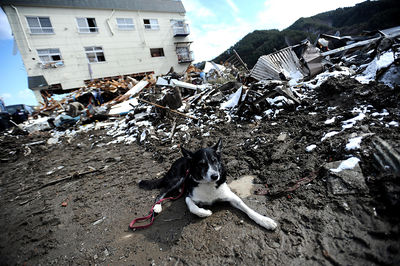 We want to join the world in offering our prayers for everyone in Japan in this time of crisis. The people of Japan show such bravery, facing so many challenges. The earthquake, after-shocks, the tsunami, the nuclear threat and if that is not enough, the future economic problems.

Despite the danger, animal rescue organizations continue their efforts in trying to save the lives of animals, even those near evacuated zones.

The Humane Society of the United States and the Humane Society International are reaching out to Japanese partner organizations to offer both immediate and long-term assistance wherever needed.

If you wish to donate to the rescue efforts here are some links:

Heart-Tokushima – donations will go to the coalition. Japan Earthquake Animal Rescue and Support will equally divide the donations among participating groups.

News from the ASPCA on the upcoming vote on the Agriculture Appropriations bill. Dear Animal Advocates, Great news! Congress is busy setting the federal budget for fiscal year 2013, and on June 19, Rep. Jim Moran’s amendment to block use of taxpayer dollars for horse slaughter inspections was approved by the House Appropriations Committee! This […]

Tail docking is the artificial removal of an animal’s tail. It is usually only done for cosmetic reasons. Many people think it’s inhumane, so tail docking is illegal in many countries including France, Germany, Greece, Israel and the UK and the Province of New Brunswick in Canada. In New Brunswick, it’s illegal to remove tails […]