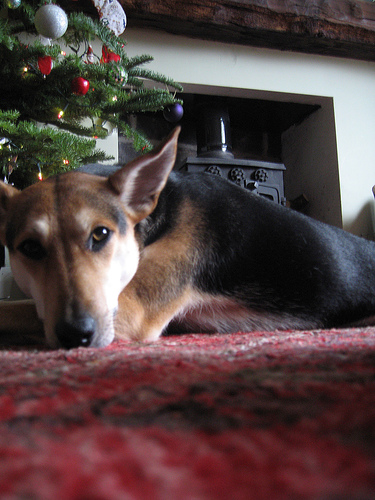 According to all the world’s major religions, animals are an important part of creation. What does each religion say about the relationship between man and animal?

In 1824, William Wilberforce founded the Society for the Prevention of Cruelty to Animals because he believed that Christianity dictated care for all of creation. The biblical Adam was entrusted with the responsibility to rule over animals in a responsible manner and this is incumbent on all humanity.

An issue which concerns many pet owners is whether their pets will go to heaven. Many Christian theologians argue that since animals don’t have souls they will not go to heaven in the conventional sense. However, it is possible that a pet owner will see his or her pet in heaven as part of his/her own paradise.

Judaism places great importance on proper treatment of animals. Cruelty to animals is forbidden and certain laws ensure that animals are treated with the utmost kindness. For instance, a pet owner or farmer is required to feed his animals before he sits down to eat himself. On the Sabbath, the Jewish day of rest, the animals are also to be given a rest from farm work or any other type of labor. Pets can be fed non-kosher food but can’t be given forbidden foods on Passover.

The Bible regards those who take care of animals as compassionate leaders. Jacob, Moses and David were all shepherds. Moses and David were chosen to lead the nation of Israel because they demonstrated compassion and leadership through their work with sheep. Kings of Israel are described by God as shepherds of His people. Rebecca was chosen to be Isaac’s wife because she offered water both to Abraham’s servant and to his camels.

In Judaism (as well as Christianity), only humans have souls and the ability to communicate verbally. This makes them superior to all other beings in creation. Although animals are to be treated well, they do not have the same status as humans. For this reason, they can be killed for food, although certain restrictions apply, such as humane slaughter and certain animals being forbidden altogether.

The Qur’an places humans on a higher plane than animals, yet animals are to be treated humanely. All creatures can be described as Muslim, whether they be human or animal, as longer as they are fulfilling God’s will. Islam forbids caging animals, beating them unnecessarily, branding them on the face, or allowing them to fight each other for human entertainment. Eating of animals is permitted, except for certain species including pig. Animals must be slaughtered with a sharp blade and hunting for entertainment is forbidden.

Muhammad is said to have conversed with animals and to have had a special relationship with his camel. Dogs are considered ritually impure by most Muslim religious authorities and are therefore seen in a negative light. Most Muslims don’t keep dogs as pets.

More articles on pets in religion

Pet lovers – help make a difference by volunteering your time for animals! Along with doing a good deed, you can benefit from meeting like-minded individuals, learning new skills and forming relationships with some wonderful animals. Some options are: Animal shelters – Help by walking dogs, sending out educational literature or fundraising. Give some of […]