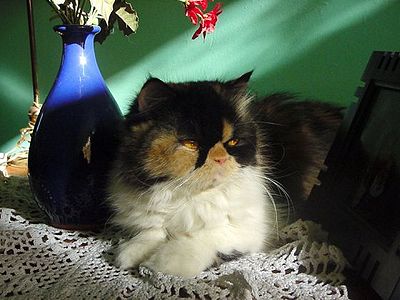 In 2009, researchers conducted a study of where domestic cats originated. Their findings, based on DNA showed that domestication of cats began in the Fertile Crescent. The Fertile Crescent is part of the Middle East including Turkey to Northern Africa and eastward to Iraq and Iran.

When humans decided to settle in one place and begin to farm, raising livestock and crops, domestication of the cats we know today began. Scientists believe this was about 10,000 years ago. DNA has shown that the Near Eastern Wildcat, which still exists today in desert regions of the Middle East, is the wild maternal ancestor of today’s pets.

Wildcats, much like wolves, found that attaching themselves to humans was to their advantage. It was a two-way relationship as cats hunted rodents found among the garbage humans left. People realized that cats were valuable in keeping the rodent population at a minimum.

As they became accustomed to humans, the friendlier cats were allowed in and around homes to control rodents there. Cats learned too, that staying close to people protected them from larger predators. Cats and people learned to accept and depend upon each other for the mutual benefits provided.

Cats and dogs are the only animals that domesticated themselves to the good and welfare of us all.