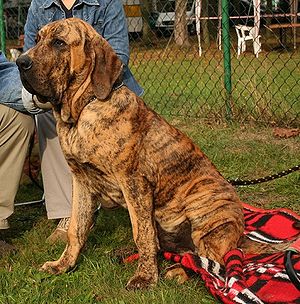 Brazil is home to 60% of the Amazon rainforest and has the greatest biodiversity of any country on the planet. It has the most species of freshwater fish (3000) and mammals (over 520). It also has
1622 bird species and 468 reptile species.
Brazil is second only to Indonesia as the country with the most endemic species. The animals found in Brazil include the maned wolf, jaguar, puma, giant anteater, tapir and the anaconda snake. The birds include parrots, toucans and even penguins.

More than one-fifth of the Amazon Rainforest in Brazil has been completely destroyed, and more than 70 mammals are endangered. The Atlantic Forest is in even greater danger. 171 out of 202 of Brazil’s endangered species are native to the Atlantic Forest. The main reasons for the endangerment are loss of habitat due to deforestation and poaching. Farmland built on former forested land leads to conflicts between people and animals sharing the same living space.

Wildlife Conservation Society works in Brazil to protect species and to educate ranchers about protecting wildlife. Brazil has created coastal sanctuaries for marine conservation. The Instituto Uiracu in Brazil has created the Serra Bonita Reserve Complex, in order to save part of the threatened Atlantic Forest. The organization focuses on educating the community and on supporting park rangers who enforce the laws and prevent illegal logging, poaching and forest fires.

A blood sport called “Farra do Boi” is traditional in Brazil during the Holy Week. This sport involves a mass of people chasing and torturing an ox. After much effort by animal welfare organizations, the Brazilian government outlawed this practice. Unfortunately, it still takes place in some parts of Brazil.

Brazil is the world’s largest exporter of poultry and is also a big exporter of other meat. While much remains to be done to improve the lives of farm animals in Brazil, steps have already been taken in this direction. Legislation regarding transport and slaughter have led to most animals being slaughtered close to where they are raised, thus avoiding unnecessary suffering and injury during long transports. Slaughterhouses still suffer from lack of equipment to make the process more humane.

Brazil has the second largest world pet population, estimated at 27 million dogs, 11 million cats, 4 million birds and 500,000 fish bowls. It is also second in the world pet food market in terms of volume, and fifth in terms of revenue. Only 30% of dogs and cats are fed pet food, while the rest eat human food. The pet industry in Brazil is growing at a rate of 17%. There are currently 8 million pet shops in the country and 59% of households include pets.

Wild animals (such as parrots) which also serve as pets are being smuggled out of Brazil at the rate of 12 million a year. 90% of these animals die before they are even sold, but the high price tags of these pets encourage smugglers. A parrot can be sold for $2000, while a Brazilian Ocelot can go for as much as $5000.

History of the HSUS

The Humane Society of the United States (HSUS), a non-profit organization, was founded in 1954. It is the largest animal protection agency in the world with 7 million members. The HSUS is dedicated to seeking a humane society both in the U.S. and worldwide. The HSUS protects animals through investigation, legal action, education, consumer advocacy […]