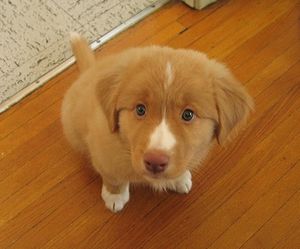 Dog sledding has been a popular activity in Canada for thousands of years. Around 1,000 A.D., the Thule Inuit migrated to Artic Canada from what is now Alaska bringing with them the first Canadian Eskimo dogs. The Inuit used dog sledding for transportation: to trade, hunt, fish, and monitor trap lines. Life in northern Canada may not have been possible without sled dogs. The invention of the snowmobile made sleds dogs unnecessary for survival, and dog sledding became popular as a sport. During the Canadian winter, many people take dog sledding vacations.

The major factors involved in the extinction and endangerment of animals in Canada are exploitation (hunting and fishing), destruction of habitat and pollution. Some animals which have become extinct in Canada are the black-footed ferret (recently reintroduced to Canada), the swift fox and the sea mink.

Each year, hundreds of thousands of seals are clubbed and shot to death in Canada for their fur.

The national animal of Canada is the beaver. He is revered for his characteristics of honesty, nobility, sincerity and dedication. Pictures of beavers appear on Canadian money, stamps and official memorabilia. At one time, beaver pelts were the chief export item of Canada.