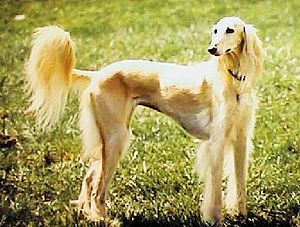 The Middle East is the region of Western Asia and North Africa. It includes Egypt, Israel, Iran and Turkey, among others. Sometimes Afghanistan and Pakistan are also included in the Middle East. The Middle East is home to two major deserts – the Arabian desert and the Syrian desert. Animals in these deserts can survive in extreme climates and landscapes.Sand cats, gazelles, lizards and oryx are some of the animals which live in the wild in these deserts. Cattle, camels and goats are herded through the desert by nomadic tribes. Due to freezing temperatures at night, most of these animals find cover underground, in shrubbery or in sand dunes at night.

The deserts of the Middle East are being impacted by man-made threats such as over-grazing, oil and gas pipeline construction, oil spills, vehicle off-roading and the impacts of wars. Hunting is also a serious threat to wildlife.

The endangered species of the Middle East include the cheetah, Arabian Gazelle, the leopard and the Sand Cat. The Arabian Oryx was previously extinct in the wild, but conservation efforts in Bahrain, Israel, Oman and Saudi Arabia have reintroduced it into the wild. It still retains its endangered status.

Dubai, in the UAE, is home to the Sharjah Animal and Birds Market. Illegal trade in endangered species is common in this market. Merchants sell pythons, crocodiles, cheetahs, leopards and lions. Although illegal trade can lead to six months in jail or a hefty fine, the market thrives. Cairo’s Friday Market is also a source of illegal animal trading.

Middle Eastern countries import live sheep and cattle, much of it from Australia, for on-the-spot or home slaughtering. This is a controversial issue in Australia, where many claim that the animals are transported and slaughtered in an inhumane manner. Some animal welfare advocates claim that despite religious Muslim and cultural tradition, Middle Eastern consumers can be convinced to buy chilled or frozen meat. Others argue that the tradition is too strong, and that lack of refrigeration is also a factor in the desire for live animals. They prefer to focus on humane transportation and proper veterinary care for the animals during transport.

The United Nations held its first international animal rights conference on Middle East soil in Qatar, in March 2010. One major obstacle to animal protection in the Middle East is the idea that animal rights is a Western ideology which has no place in the region. The Koran is often cited as proof that animals are subservient to humans. However, the Koran also places restrictions on treatment of animals and advocates respect for them. Another obstacle is that many of the Middle Eastern countries suffer from so many problems that animal welfare is far down on the list of priorities.

Pet ownership is on the rise all over the world, and especially in the Middle East. Procedures such as declawing are unfortunately pretty common.

The most common breed in Qatar is the Saluki. Because they are so common, they have become unpopular. Pet owners are more interested in “exotic” breeds like German Shepherds.

“Noah” a film starring Russell Crowe, is an epic about the biblical tale of the Flood. It is also a story of belief, courage, sacrifice and hope. The director of the film, Darren Aronofsky, is a recipient of the HSUS Humane Filmmaker Award because instead of using live exotic animals that could be stressed or […]