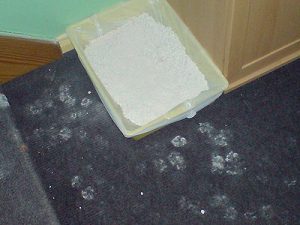 Developed in England in the 19th century, the English Lop is thought to be the first lop rabbit bred by man. It is also one of the oldest domestic breeds of rabbit. It is a member of the Smei-Arch Body Type. English Lops weigh about 11 lbs. full-grown. Life span is 5 years and more. […]