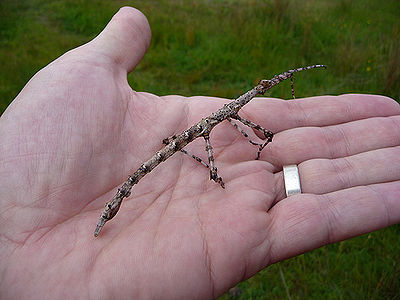 Before you say “yuck”, think of this – almost one-third of the world’s human population include insects in their diets.

Protein as well as Omega 3 found in insects are almost equal in amount to those in fish and meat.

Many factors in the world today are putting a strain on the supply of meat and fish including demand due to population increases, environmental changes and our ability to hunt and fish more effectively.

Farming insects uses considerably less of our resources such as food, water and grazing land. Farming insects in an environmentally controlled building saves money. If they are erected near pet food manufacturing facilities, shipping costs are saved.

Insects are easy to find and usually group in large numbers. We don’t know if insects experience pain, but it’s doubtful that many people will complain about using them in pet food once they have all the information. Most people have a revulsion towards insects and probably would not be concerned about what happens to them.

Since insects are cold-blooded and far distantly related to humans, there is little chance of zoonotic diseases occurring.

Pets such as birds and reptiles are fed insects as a very necessary part of their diets and thrive on them.

While we understand that we must respect all living things, perhaps insects were put on this earth to use as an alternative to other protein-packed foods. In order for our dogs and cats to remain healthy, protein must make up the major part of their diets. Perhaps farming insects is an answer to some of our environmental concerns too.

As soon as you adopt a pet, you will be in need of a veterinarian. Your vet will be responsible for all your pet’s health needs, including vaccinations, treatment for disease and injury, and periodic check-ups. Some vets specialize in specific animals and others treat common household pets. Choose a licensed vet who has experience […]

Myofascial Pain Syndrome is the name given to chronic muscular pain. Myo (muscle) fascial (connective tissues surrounding muscles) pain occurs in humans as well as animals. Normally, fascia are flexible and bind structures together. But when the fascia tightens it puts pressure on the surrounding structures. Scar tissue forms in the muscles. Although difficult to […]

There are no quick ways to diagnose gastrointestinal disease in pets. Many diseases and conditions show similar symptoms and have to be ruled out. Signs of GI problems as well as other conditions can be diarrhea, vomiting, inappetance, weight loss, dehydration. Your veterinarian will begin the examination by taking a complete history of your pet […]