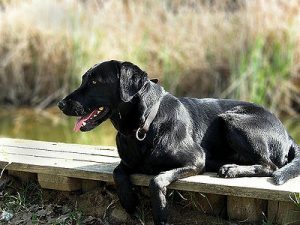 What’s New in Cancer Treatments for Dogs: Page 1 It should be noted that the National Canine Cancer Foundation has awarded “Resvantage Canine” what they call their “Pink Paw Seal of Approval”, saying it is “a product that helps to advance the holistic health of our pets and helps fight canine cancer.” (Resvantage is Pfizer’s […]

Vital Statistics: Place of Origin: France Group: Sporting dog Height: males 21-23 in., females 19-21 in. Weight: 44-55 lbs. Life span: n/a Trainability: high Good with children: yes Good with other pets: may chase small animals What is the origin of the Boulet? Also known as the Boulet, Soft-coated Griffon, it was developed in 1872 […]