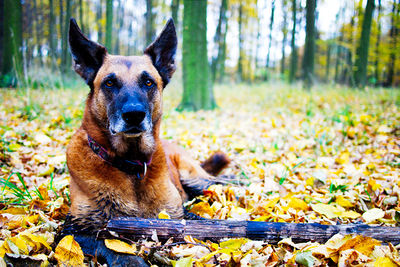 Dogs have been used in the military since ancient times. Their heightened senses of smell, hearing and sight and their agility have played key roles in aiding armies against their enemies.

It hasn’t been defined exactly what role the Navy Seals dog played in the operation. But it was reported that the dog was critical in hunting down Osama bin Laden in his compound. For security reasons, no further information is forthcoming.

There remains a question whether the dog is a Belgian Malinois or a German Shepherd dog. It really doesn’t matter as they are related and have very similar characteristics.

The Belgian Malinois has become very popular as a working dog because it is smaller than the German Shepherd, making it easier to handle.

Most army dogs carry equipment such as protective jackets, cameras, flashing lights for recognition by handlers in low or no light situations. The Navy Seals sometimes attach titanium fangs over their dogs’ teeth to enable them to rip protective armor.

Another hero dog helping his humans.

Pit Bull Terriers have probably been one of the most maligned breeds of dog. Best Friends Animal Society is doing something to change the mistaken image of this dog. Best Friends has launched a program called Shelter Partners for Pit Bulls. The project encourages responsible pet ownership, works to increase adoptions, reduces euthanasia and improves […]