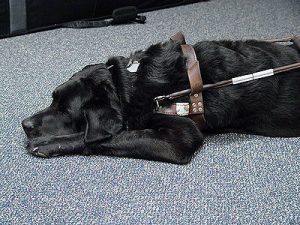 A normal walk pattern in dogs is the movement of each leg individually with diagonal pairs of legs moving almost together in an even rhythm. Example: left hind leg and right front leg move forward and touch ground followed by right hind leg and left front leg. Some dogs use a pacing walk where left […]

Wild sheep shed their wool naturally, but domestic sheep have been bred to have thick heavy coats. The Merino, Australia‘s most commonly raised sheep, is bred to have wrinkly skin that produces more wool. Merinos don’t shed and due to their coat’s thickness, they can die in the summer if they are not sheared. Sheep […]