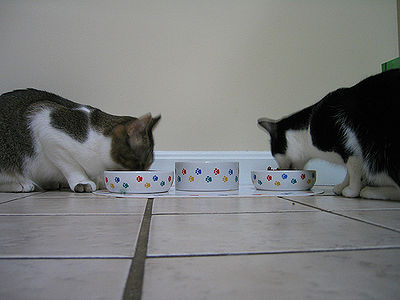 According to the CDC (Center for Disease Control and Prevention), “…scientific evidence does not support an association between water fluoridation and any adverse health effect or systemic disorder, including increased risk for cancer, Down syndrome, heart disease, osteoporosis and bone fracture, immune disorders, low intelligence, renal disorders, Alzheimer disease, or allergic reactions.” They also say that there are no negative effects on plants or animals due to water fluoridation.

Fluoride is a mineral and is found naturally in all waters on Earth as well as soil, the Earth’s crust and in other minerals. Levels vary according to locations, but amounts in all cases are usually low. The CDC further says that any additives to our water are “closely regulated and monitored.” In the United States, the EPA (Environmental Protection Agency) recommends a maximum fluoride concentration of 2 mg. per liter of water for livestock.

In 1990, researchers at the U.S. National Toxicology Program found that the cancer-causing potential of fluoridated drinking water was uncertain. They based their findings on a higher than expected number of cases of osteosarcoma (bone cancer) in male rats. Female rats were not affected. The theory is that there may be a risk of OSA because fluoride collects in parts of growing bones.

In 2011, Santa Anita, Hollywood Park and Del Mar racetracks, all in Southern California, have reported a rise in bone fractures in horses after using fluoridated water. In the San Diego Wild Animal Park, elephants and zebras exhibited unusual behavior with the introduction of fluoridated water. Australia reported the necessity to euthanize a large number of kangaroos due to fluoride poisoning.

A study conducted by the EPA found high levels of fluoride contamination in 8 major brands of dog food. Osteosarcoma has been on the rise in dogs, particularly affecting large breeds. When purchasing commercial dog foods, avoid those with animal by-products which have a higher concentration of fluoride. When possible, purchase organic fruits and vegetables for a lower fluoride count. Consider feeding all your pets a homemade diet where you can control the ingredients. Always check with an animal nutritionist to make sure proportions are correct for your pet.

The practice of adding fluoride to public drinking water without the people’s consent violates FDA regulations, state medical laws and federal laws. Some cities in the U.S. and Canada have opted out of fluoridation of their water. For information on your community, check online for the annual water quality report posted by your water department website. The amount of fluoride in your drinking water will be listed.

And so the controversy continues – to fluoridate or not. What are your thoughts?

A cat in New Zealand was suspected of eating rat poison. The owner rushed the cat to the vet’s office, but it was too late in the day to match and obtain cat’s blood. Dog’s blood was available at the time and was used to transfuse the cat and save its life. Cats do not […]

As our pets age they may exhibit changes in behavior and in appearance. Cognitive Dysfunction Syndrome (CDS) which is similar to Alzheimer’s in humans, sometimes occurs in pets, particularly dogs. Aging causes deposits of beta-amyloid, a protein plaque, to form between the nerve cells of the brain. Some of the signs of CDS can be […]

Prebiotics have been making waves in the health product market across the world, offering a boost for the human body’s natural defense with products such at Yakult and Actimel. This recent success prompted the creation of Viyo prebiotic drink for pets. As with humans, 70% of the natural defence system of a dog or cat […]