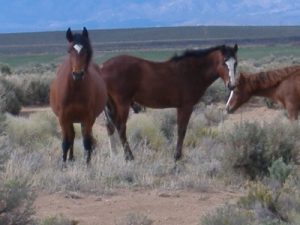 December 20, 2010 Wayne Pacelle, President and CEO of the HSUS (the Humane Society of the United States) tells us the President has signed the Truth in Fur Labeling Act this week. After investigation by the HSUS, it was revealed that major retailers and manufacturers were selling fur-trimmed garments that were unlabeled, incorrectly described as […]

When the 23rd annual America’s Family Pet Expo (Pet Expo) returns to Orange County, it will be a red carpet worthy event for television and film’s biggest four-legged and feathered stars. Award-winning canines, felines and birds will make a series of guest appearances throughout the 3-day Expo, April 20-22 at the OC Fair and Event […]

Atlanta’s Channel 2 Action News investigator, Jim Strickland, has discovered that the number of dog deaths reported by owners due to administering Trifexis exceeds cases involving Chinese jerky treats. Elanco, the manufacturer of Trifexis has asked Mr. Strickland to turn over his information to them. Mr. Strickland then filed a Freedom of Information request with […]