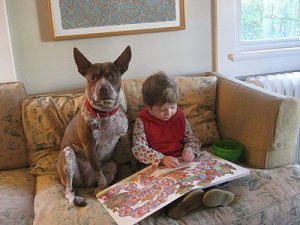 A large percentage of senior cats and dogs develop Chronic Kidney Disease (CKD) or Chronic Renal Failure (CRF) as it is sometimes known. Early diagnosis and treatment are key to pets living longer and experiencing good quality lives. Unfortunately, until recently, early detection of CKD was very difficult and diagnosis was usually in the latter […]

Connecting With a Cool Cat

Cats are usually silent companions, much more laid back than dogs. But like all companion animals, cats can bond very closely with their humans. Cats show affection to their loved ones by “talking,” purring, rubbing up against their human, lap-sitting, licking you, kneading you. They also show trust and affection in a way you would […]