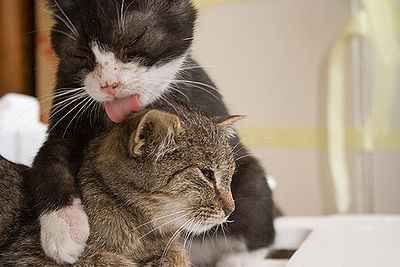 One of the first things any cat owner does after adopting a cat is visit the vet. Cats can catch diseases just like humans can. Some are contagious to humans (these are called zoonoses) but the majority are not. Cats can also suffer from non-contagious diseases such as diabetes and cancer. Changes in appetite or elimination or changes in behavior are signs that something is wrong and you should consult your vet. See more: How to Tell if Your Cat is Sick

Understanding Arthritis in Cats and Dogs

Humans aren’t the only ones who have to deal with arthritis. Dogs and cats are both susceptible to it as they age. Arthritis is sometimes caused by infection of the joint, but most likely it’s just due to wear and tear throughout the years. Unfortunately, pets can’t explain their symptoms, which can make it hard […]