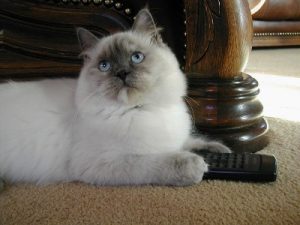 Cat Breeds That Get Along With Dogs

We’ve all heard the expression, “fighting like cats and dogs”, but is it true. In some cases it probably is so, but especially with cats and dogs raised together, they can become best friends. Even older pets can be introduced to each other and if they don’t actually become friends, they will tolerate each other. […]

While a few states have penalty laws for spectators at animal fights, there is no federal law making it a penalty to attend them. Admission fees and wagering on the fights are the fuel that spurs the continuation of dog fighting and cockfighting. There is a bill before Congress, the Animal Fighting Spectator Prohibition Act, […]