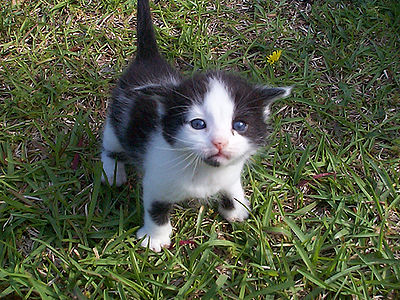 Spay/neuter is a controversial subject that has many aspects and opinions.

There are different methods of sterilization available that prevent unwanted pregnancies, one being ovary-sparing where only the uterus is removed leaving the animal unable to reproduce, but allowing sex hormones to continue to be secreted. Other procedures are tubal ligation and vasectomy. The hormones are considered an important part in the health of animals.

Spay/neuter procedures as carried out today are the only ones taught in veterinary school in the U.S. and Canada. They have been linked to a number of disorders affecting our pets. Among them are shorter lifespans*, atypical Cushing’s Disease, joint abnormalities including hip dysplasia and ccl ruptures, heart problems, urinary incontinence, behavior problems. These and other diseases have seen a great increase lately.

In many countries outside the U.S. and Canada, pets are allowed to remain intact and have shown to be healthier. Responsible pet owners simply keep their pets confined and/or walk them on a leash until the heat season passes.

The problem lies with irresponsible pet owners who don’t consider others or care about controlling their pets, particularly during heat seasons. These are pet owners who should be held liable, but probably won’t be until local governments enforce regulations concerning pets on the loose.

Shelters have difficult decisions to make. Most are overcrowded and although there are no-kill programs, have not instituted them. Most shelters don’t have the time or staff to follow through to check on adoptive pet parents to make sure they are acting responsibly. The shelters’ choice is to spay/neuter an animal before releasing it to try to limit the number of unwanted pets.

Until most veterinarians learn and practice the ovary-sparing techniques, the controversy continues. We can only hope it is not at the expense of our beloved pets.

When to put a pet to sleep

Final Goodbyes – Euthanasia in pets There comes a time in every animal owner´s life when you have to make some very difficult decisions and say your final goodbyes to a beloved pet. This decision is never easy to come to but it is one of the most important ones you will ever make for […]